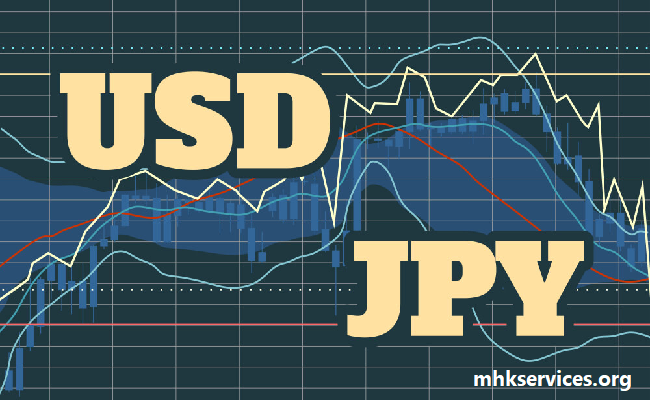 The US dollar fell during the Asian session to witness its rebound to the fourth session in five sessions from the top since May 23 against the Japanese yen after the developments and economic data that it had reported on the Japanese economy and on the cusp of developments and economic data expected today Thursday by the American economy and in the shadows of activities World Economic Forum 2020 and concern about the spread of Corona virus and its transformation into a global epidemic.

This came before we witnessed the third largest economy in the world and the third largest industrialized country globally after each of the United States and China, the disclosure of industrial sector data with the release of the index of overall industrial activities, which showed an increase of 0.9% compared to a decline of 4.8% which was modified from a decline of 4.3% In the previous reading last October, it surpassed expectations that indicated a rise of 0.4%.

This comes before we witnessed by the largest economy in the world and the largest industrialized world in the world, the disclosure of the reading of the leading indicators, which may show a 0.2% decline against stability at zero levels last November, in conjunction with the entry of the World Economic Forum in Davos, which is entering Switzerland. On its third day in a row, during which the attendees discuss the latest developments on the world stage, on the political and economic levels.

It is reported that US President Donald Trump noted yesterday from Davos that the Federal Reserve is harming economic growth and stock market gains, expressing that without the interest rate hike on federal funds, the Dow Jones index would rise by an additional ten thousand points, explaining that the strength of the green currency is hurting the United States’s exports and industrial activities, And adding that the US dollar should be weakened.

Other than that, we have followed the Chinese authorities’ suspension of overseas flights and railway services from the city of Wuhan where the Coronavirus was born as part of efforts to contain the pneumonia virus that has killed at least 17 people and infected more than 540 people, amid fears of an outbreak that could turn A global epidemic after health officials in many countries confirmed cases of the Chinese virus.